I have been birding hard, folks. I love living with a lake view here in Guntersville. I try to get out every single day to count and observe Common Loons at the causeway, which is my new passion. I've found two banded birds, both migrating from Minnesota, and am learning tons from two different biologists about Loons and their behavior.So, instead of listing and chasing all of the birds I can, I am focusing right now on observing and documenting the Loons at the lake. I haven't been happier when it comes to birding. I finally feel like I am home.I am planning a few birding trips- namely Barnegat Light and Sax-Zim Bog in February, the LRGV of Texas in March, a pelagic out of Hatteras at some point, and southeastern Arizona in early September. I am not setting any official goals for this year. I'm just going to get out, and enjoy whatever the birds and nature has to show and teach me this year. Check back for updates and I will try to write as often as I can. Between my personal research and five kids, it's certainly hard to find the opportunity.
Until next time- Happy Birding Y'all. 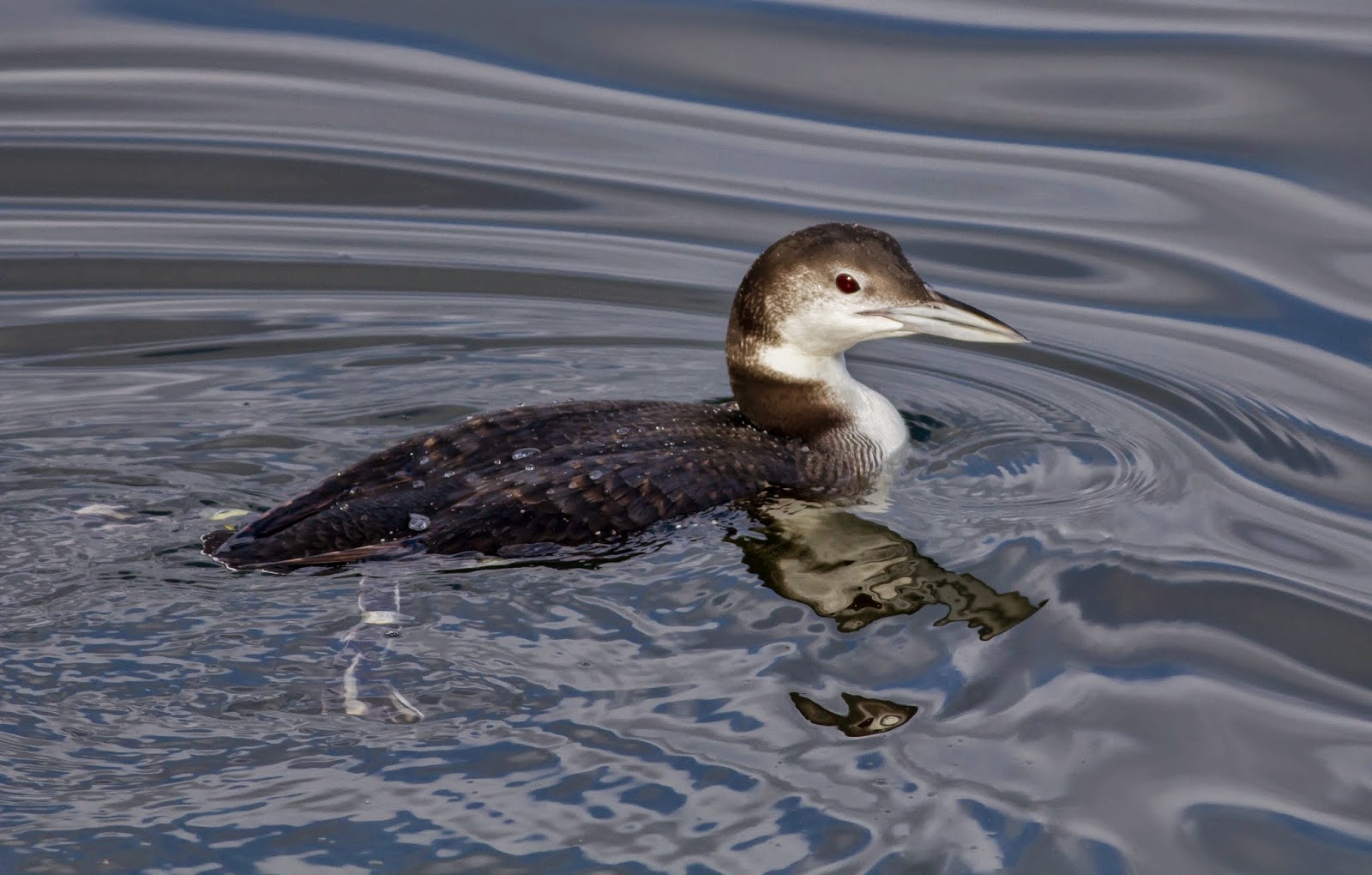 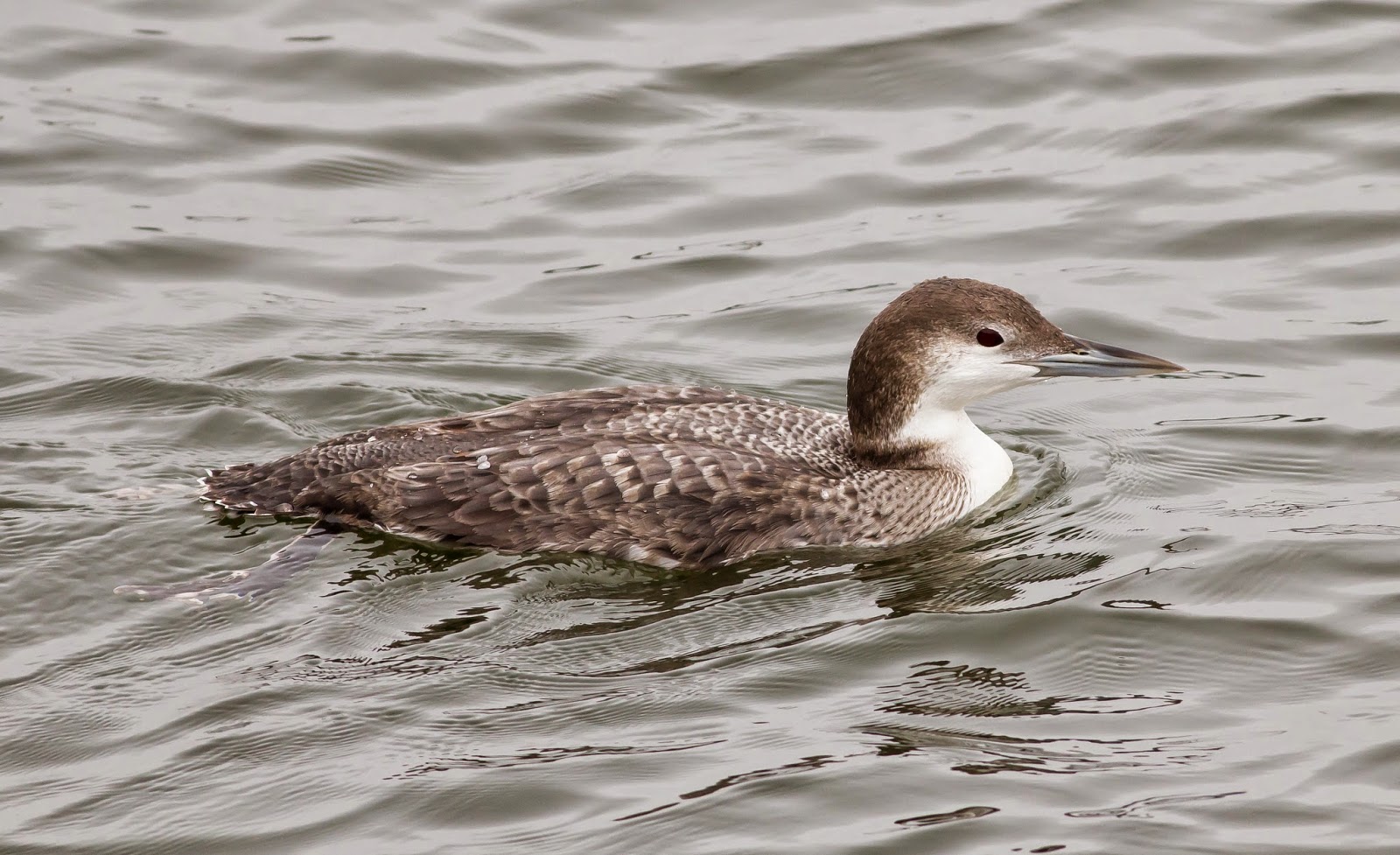 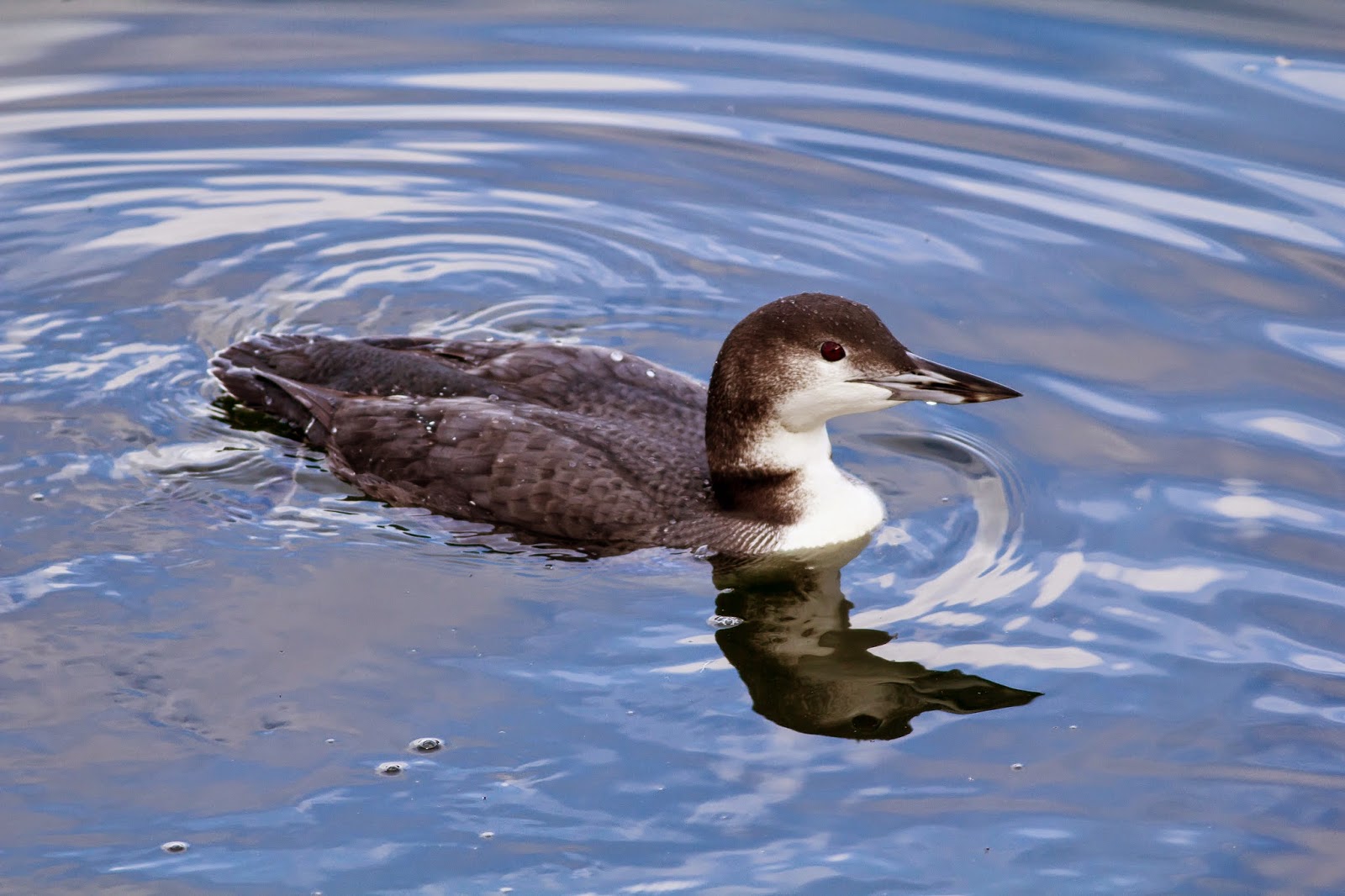 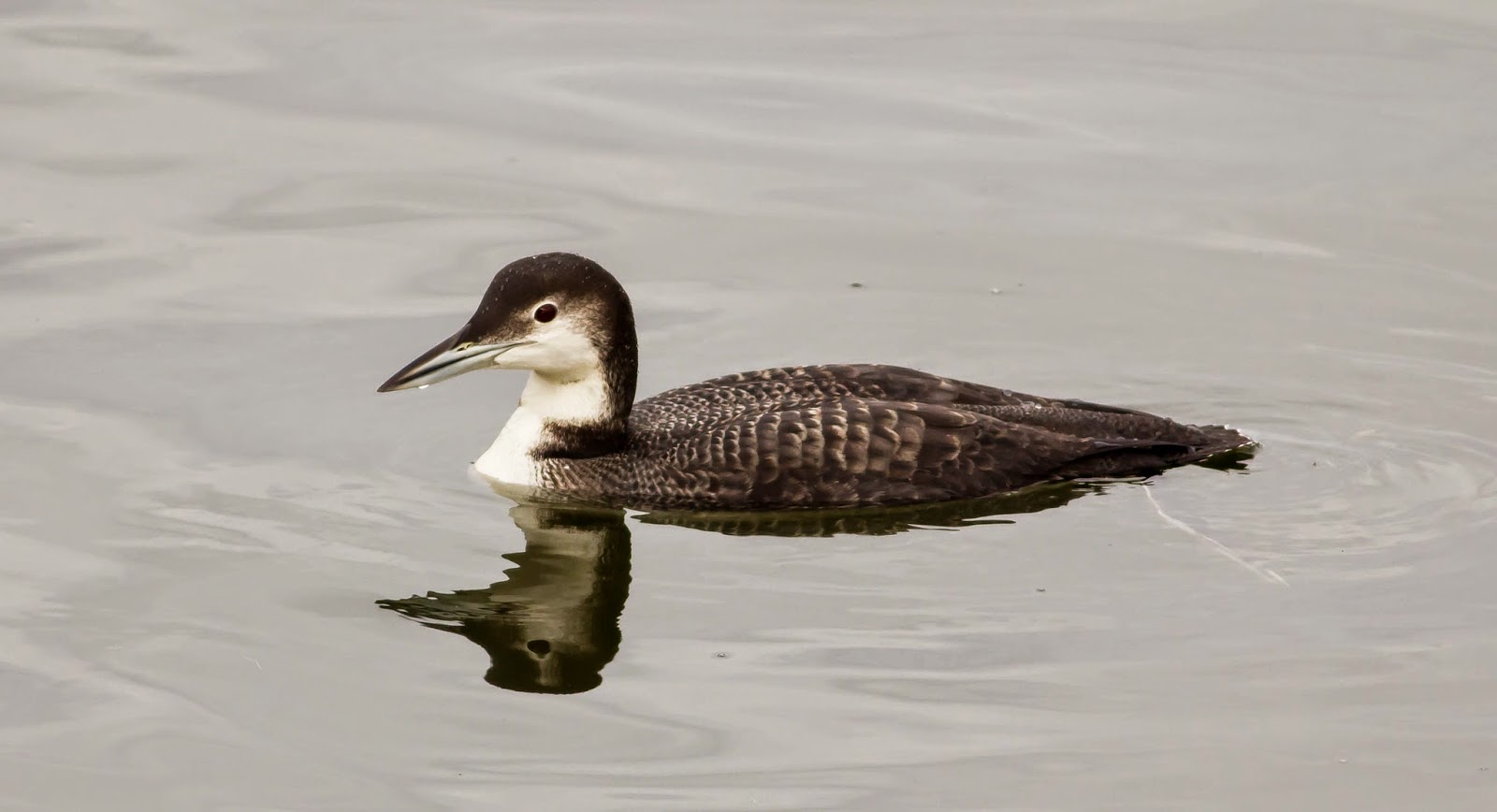 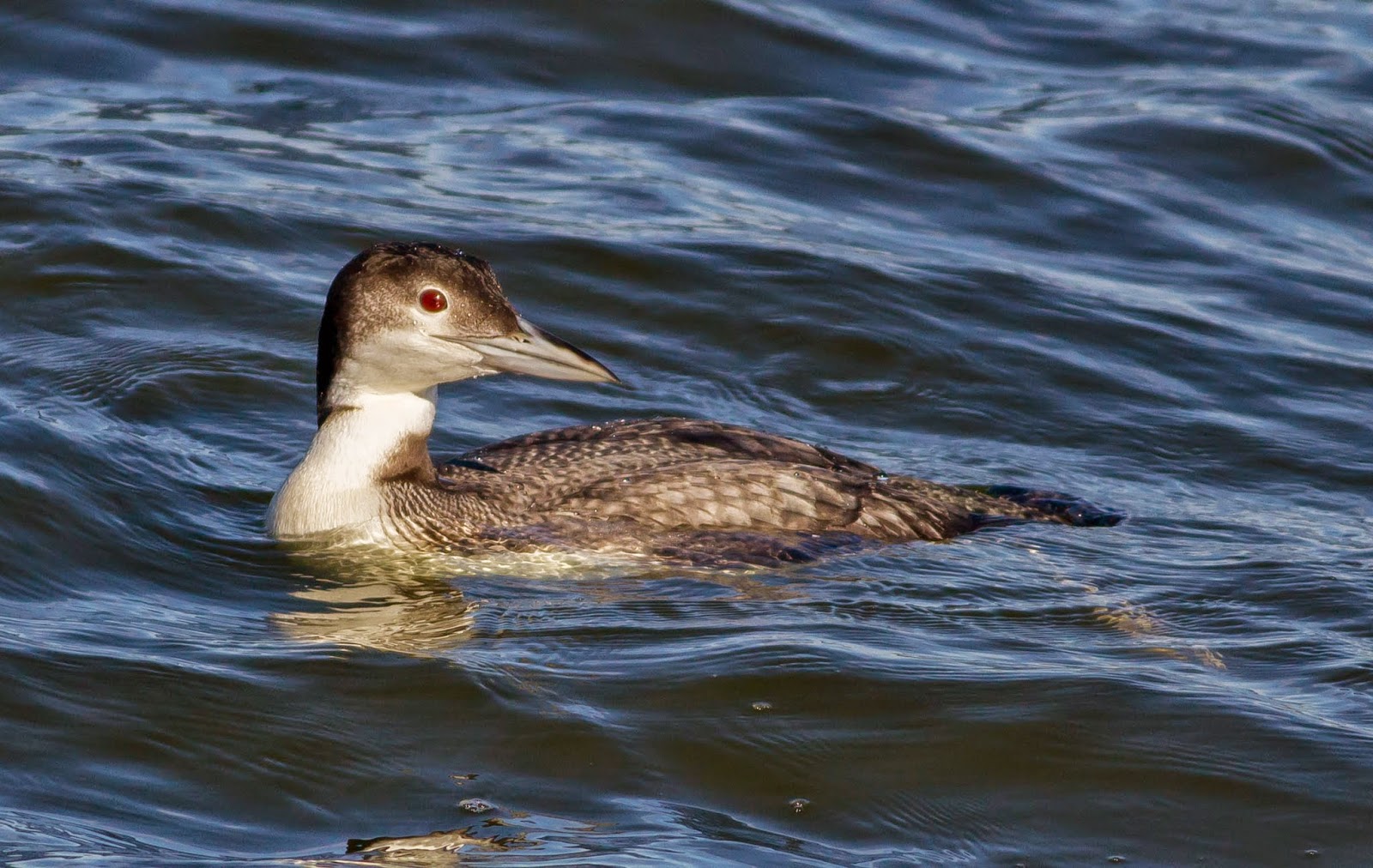 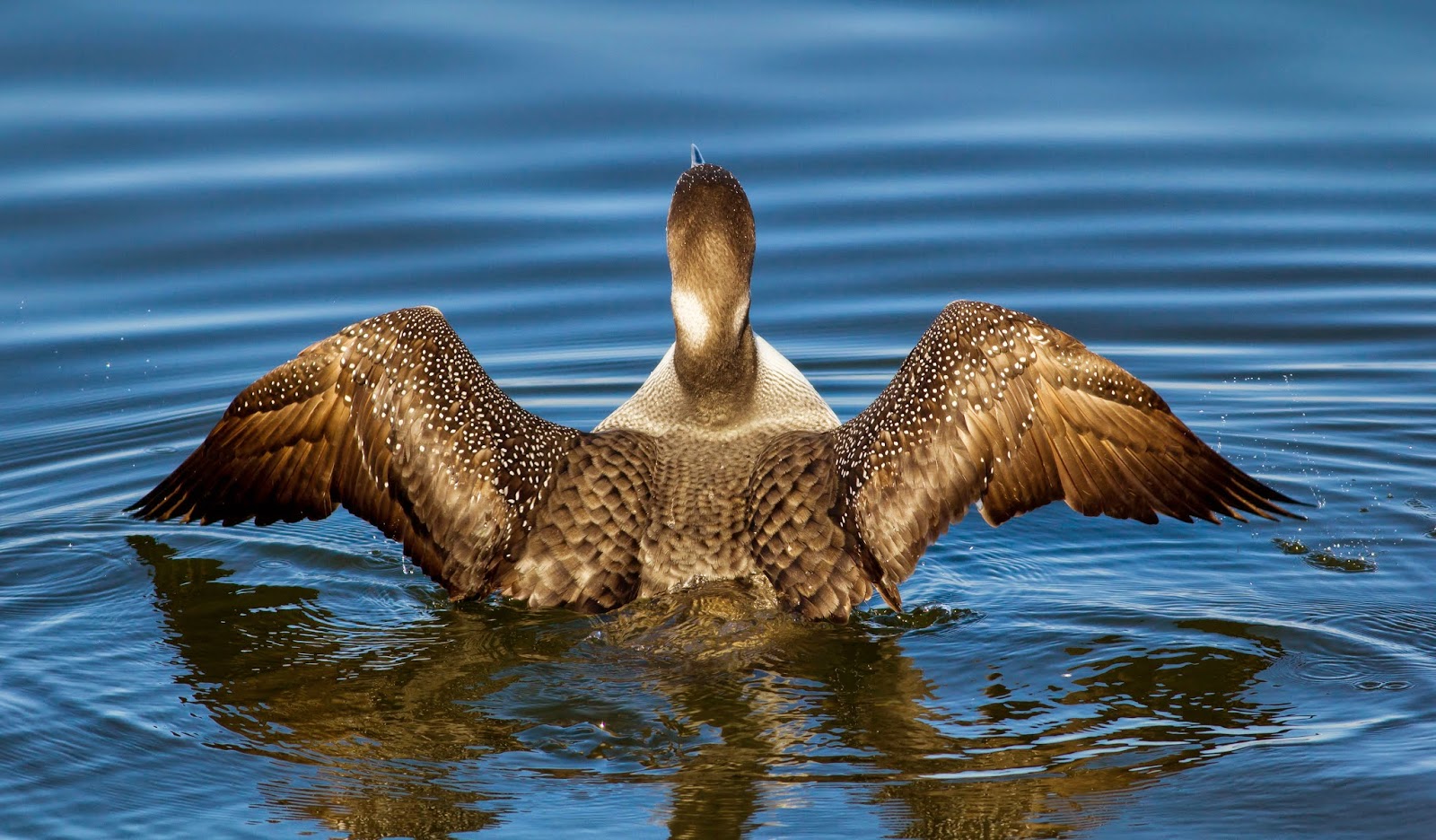 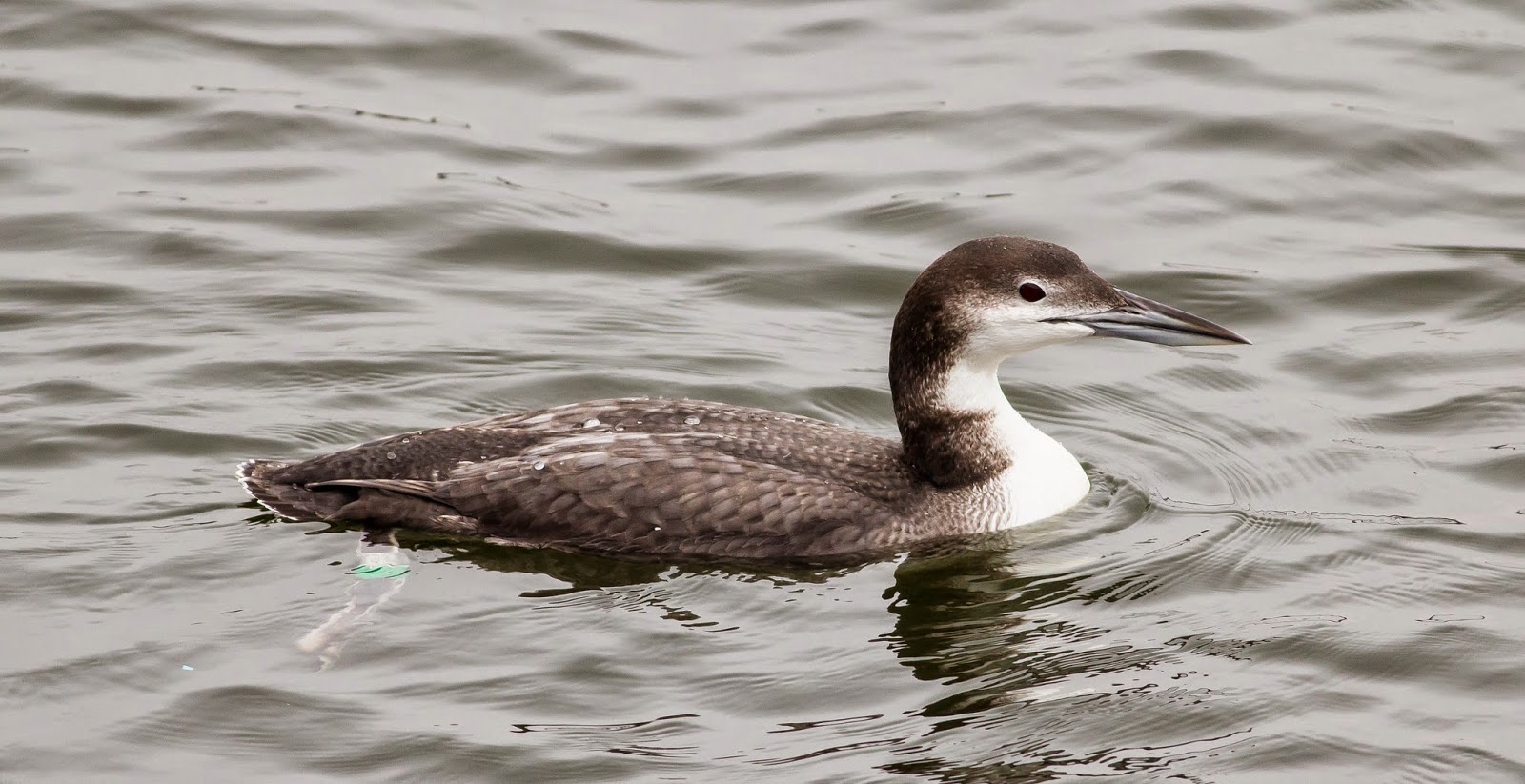 I Could Spend All Day...

...At the refuge watching these birds. They will always have my heart. 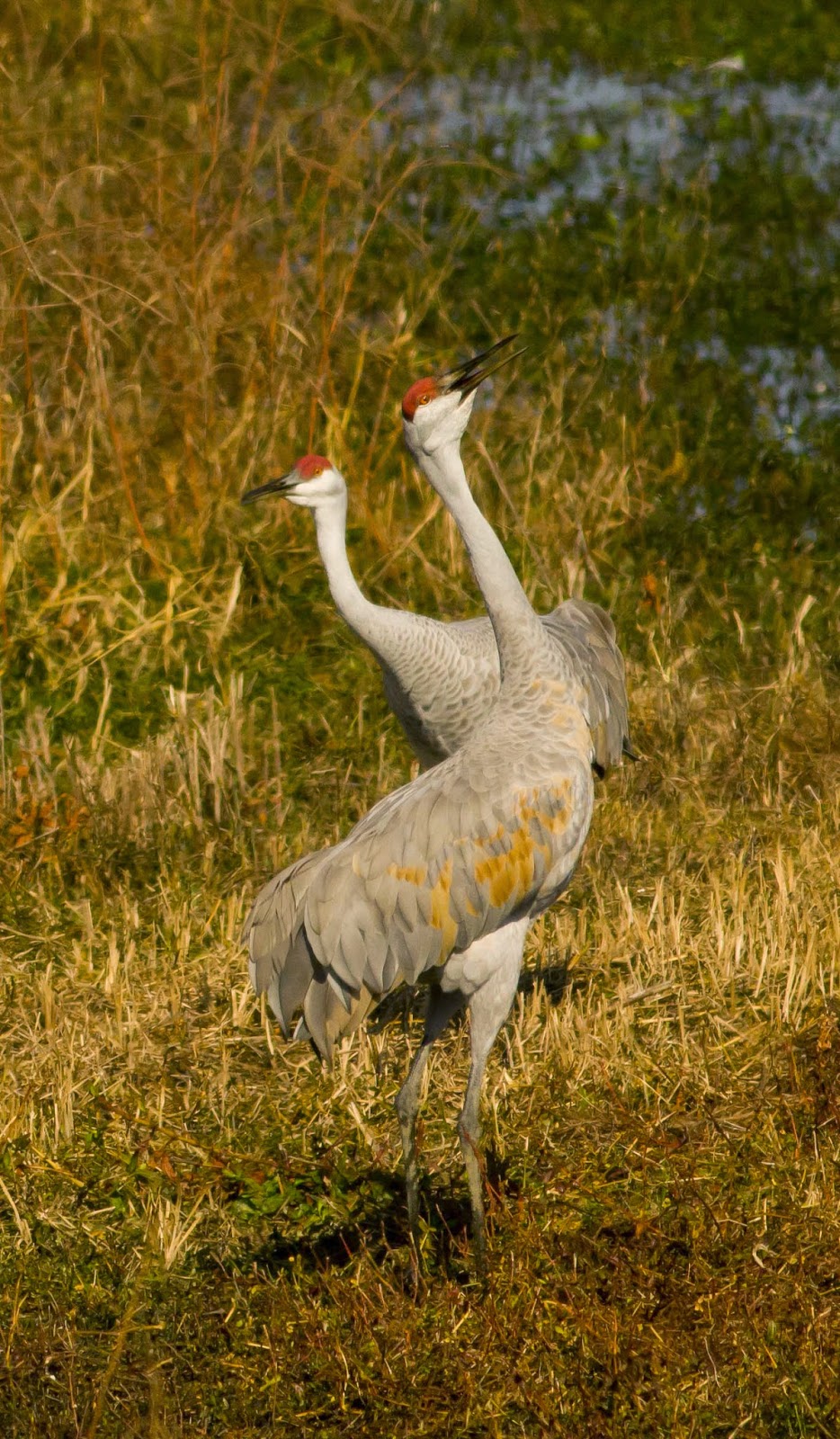 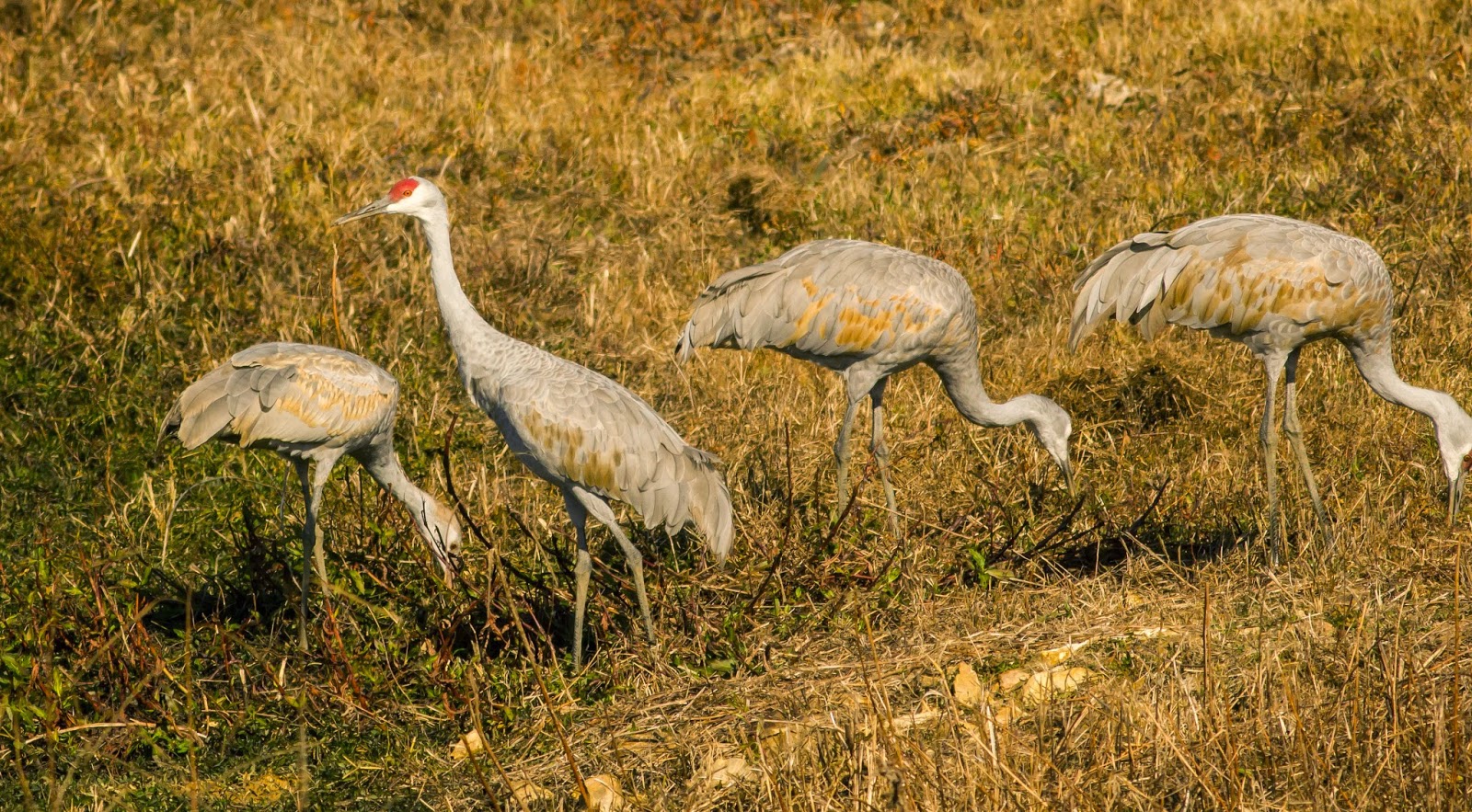 Winter always makes for excellent birding in the Tennessee River Valley. Right now, I am waiting to (possibly) be approved for a house in Guntersville. It will be fantastic to be so close to the lake that I practically live at in the winter months. 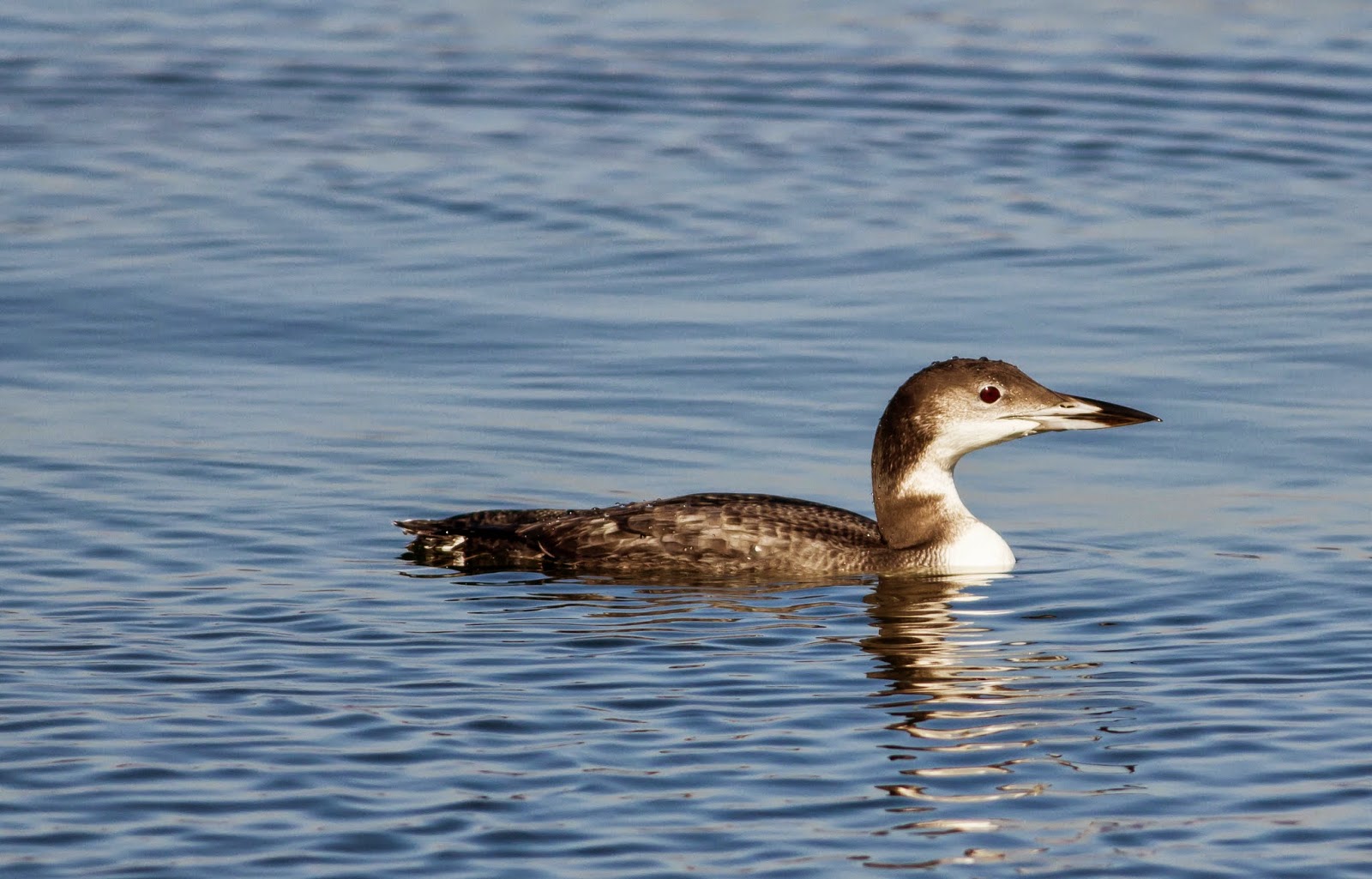 Hopefully soon, I can devote the time to a proper blog post.

Until then,
Happy birding to all of you!

Since migration has ended, another season is at its peak through the summer months. The season for herping!

I've always had a love for all animals, for as long as I can remember. Unfortunately for snakes, my father is scared of them. So, I never really got the chance to be around or actively search for snakes.

So, now it begins.... since moving to this house, I have loved the property. In six months, I've recorded over 130 species of birds. I started flipping rocks and logs, and finding salamanders on a regular basis. We also have a healthy population of Five-lined Skinks and Green Anoles around the house and workshop. It really sparked an interest into herping for me.

As of late, I've been doing a lot of road cruising for snakes and turtles. Eastern Box Turtles are pretty active after rains, and I've been dying to find some venomous snakes down here. Mostly, I focused on trying to find Cottonmouths, but am still striking out. However, the other day, I found this handsome dude chilling out in the road after finishing a meal: 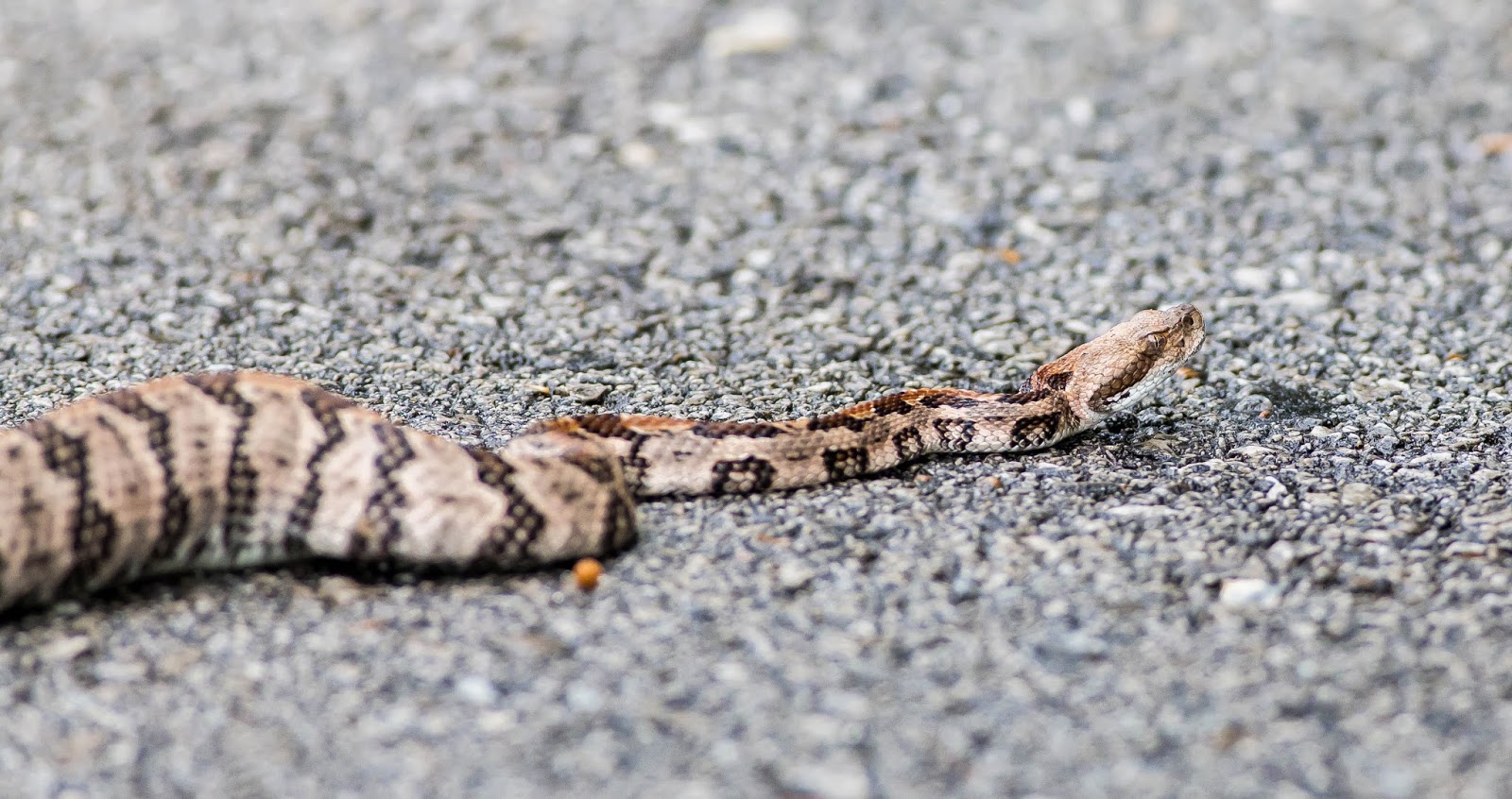 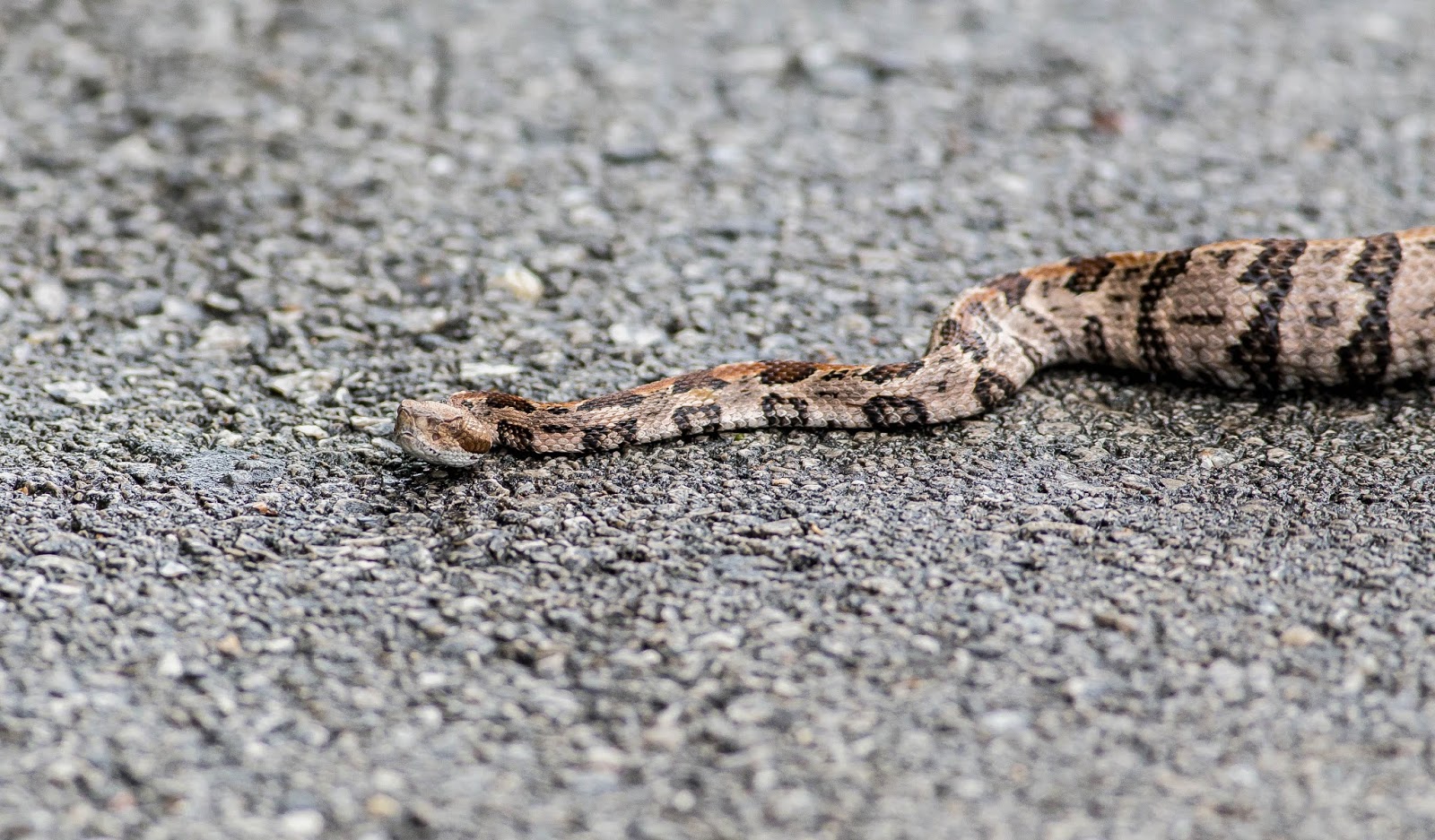 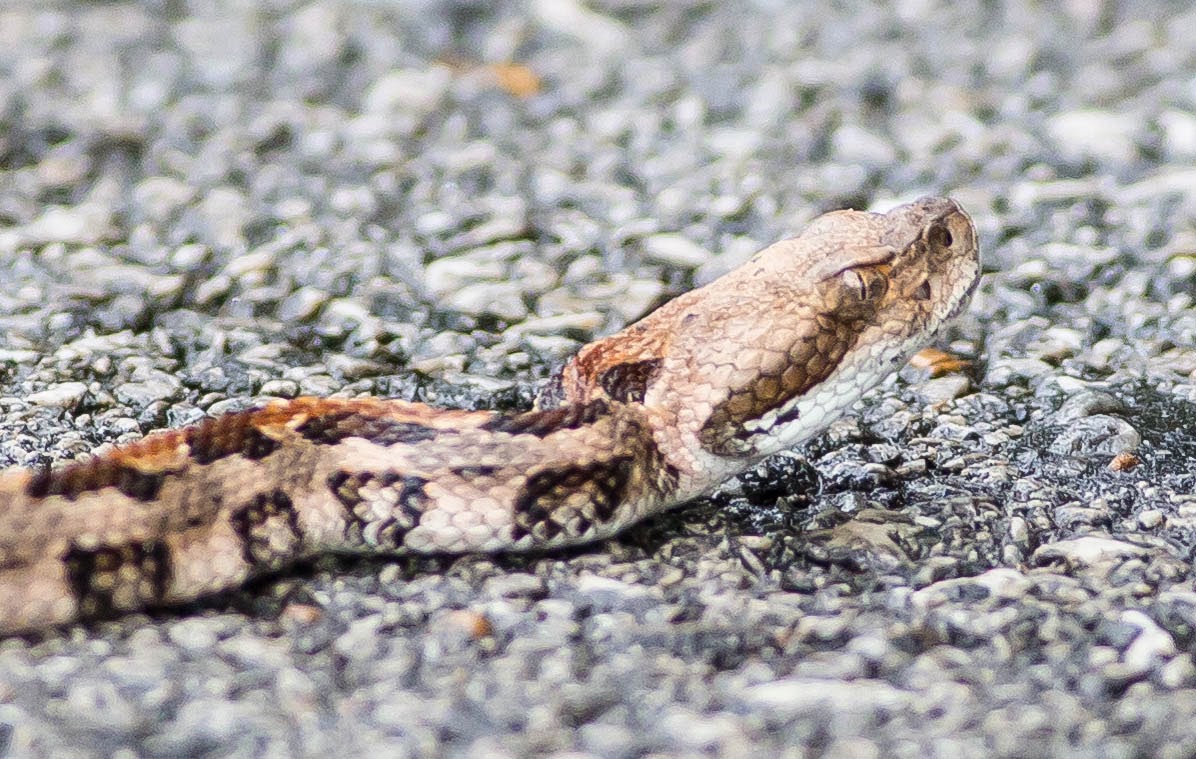 My first venomous snake (ever) wasn't the painfully common Cottonmouth or Copperhead... but a Timber! Seeing one of these snakes up close and personal gave me a new found respect (and love) for snakes, especially venomous species.

So, now I have the herping bug. Expect a lot of photos of snakes and turtles and salamanders for the remainder of the summer.

Until next time: Happy birding and herping to all!

Posted by Unknown at 4:33 PM No comments:

Now That Migration Is Over..

I won't be birding as much anymore.

I love birding, but I spend a lot of time alone down here while doing it. There was not really a community to welcome me with open arms. I had to create one. And still... even with those efforts, it's been a lot of drama and ridiculous crap.

One of the first things I was told when I got here was not "Welcome" or "We're glad to have you"... it was "You'll need to prove yourself". And you know what I say to that? What a crock of B.S!

I used to look forward to birding- the excitement of finding new birds, and meeting new birders. But now, I'm jaded. I don't really look forward to meeting anyone, because if I've learned anything here, they'll think I'm an idiot. And if they're fake enough to want to "get to know me first", they'll certainly be an ass once they do. I'll be told of all the things I'm doing wrong to hinder me from "fitting in". If I talk about an accomplishment, I'll be called a braggart. If I respond to the fact that none of my sightings are ever confirmed without a photo, no matter how well I describe behavior or field marks... well, then I'm just whining or too sensitive. I'm just "over-reacting". And if I talk about how I've been treated this way from day one, I'll be told "You just haven't proven yourself yet".

And you know what? Birding shouldn't be that way. Sure, not everyone can ID a bird all that well. But, that's why you teach. That's why you're kind. That's why saying things like, "You need to prove yourself" are not beneficial, but harmful. They drive people away from birding. If you treat someone like an idiot, especially without just cause, they'll give you the finger and walk away.

Every sighting unreasonably questioned, being told I am "too sensitive", being told that "I haven't proven myself".... to everyone who has ever had the nerve to insult me or question my integrity, all I can say is this: You've lost a better birder than you'll ever be.

I'll always love birds... but other birders... well, there are certainly great ones. I have met a couple here... but they aren't listers. And maybe that's the common thread. Maybe I should just get away from listing and chasing.... because I haven't met a single kind birder in the time I've wasted doing it.

I was told that I shouldn't write this... but, I've never been one to hold back. And, I've gotten feedback from newer birders who have experienced the same things here that I have. They confide in me privately about being shunned from group meetings, being treated like an idiot, talked down to, and sometimes even flat out ignored at outings. This sort of thing has to stop. Birding shouldn't be some hierarchy. We shouldn't have to "earn our keep" or "prove ourselves".

I don't really know what else to say on the subject. But, there it is.

Not much to write about lately (getting over the flu), but got out today to Guntersville Lake. Now, here's a huge dose of adorable brought to you by some ducklings! 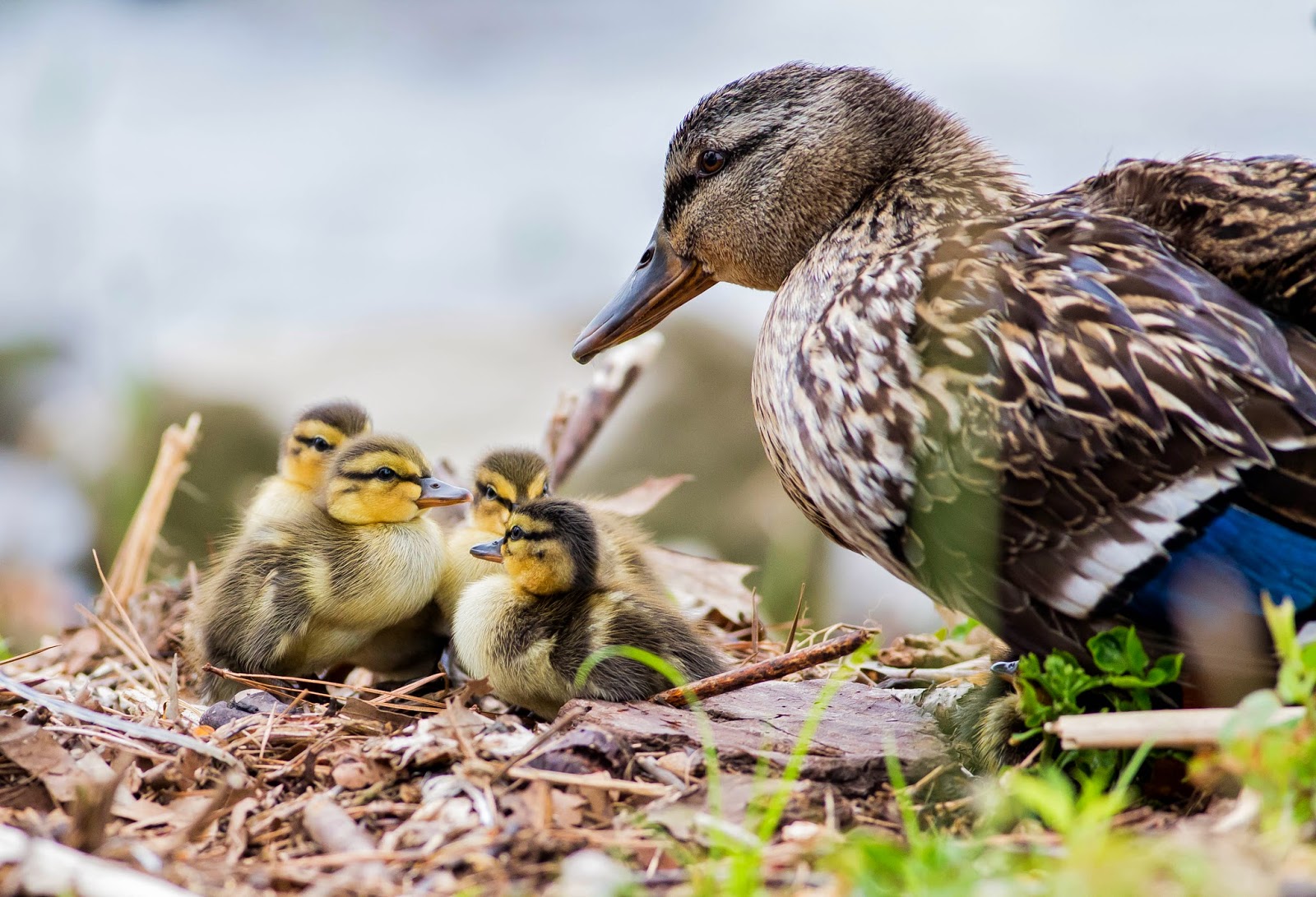 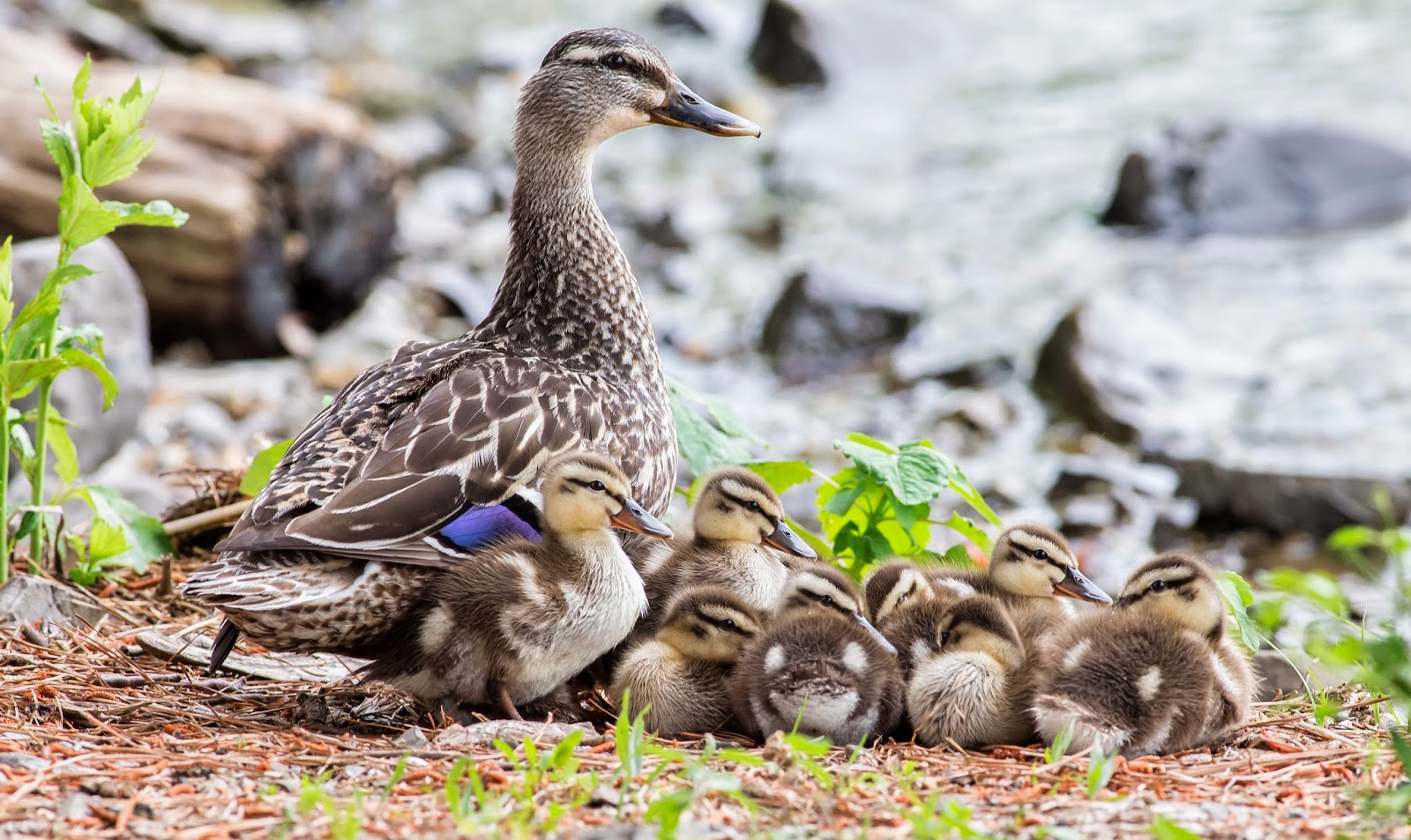 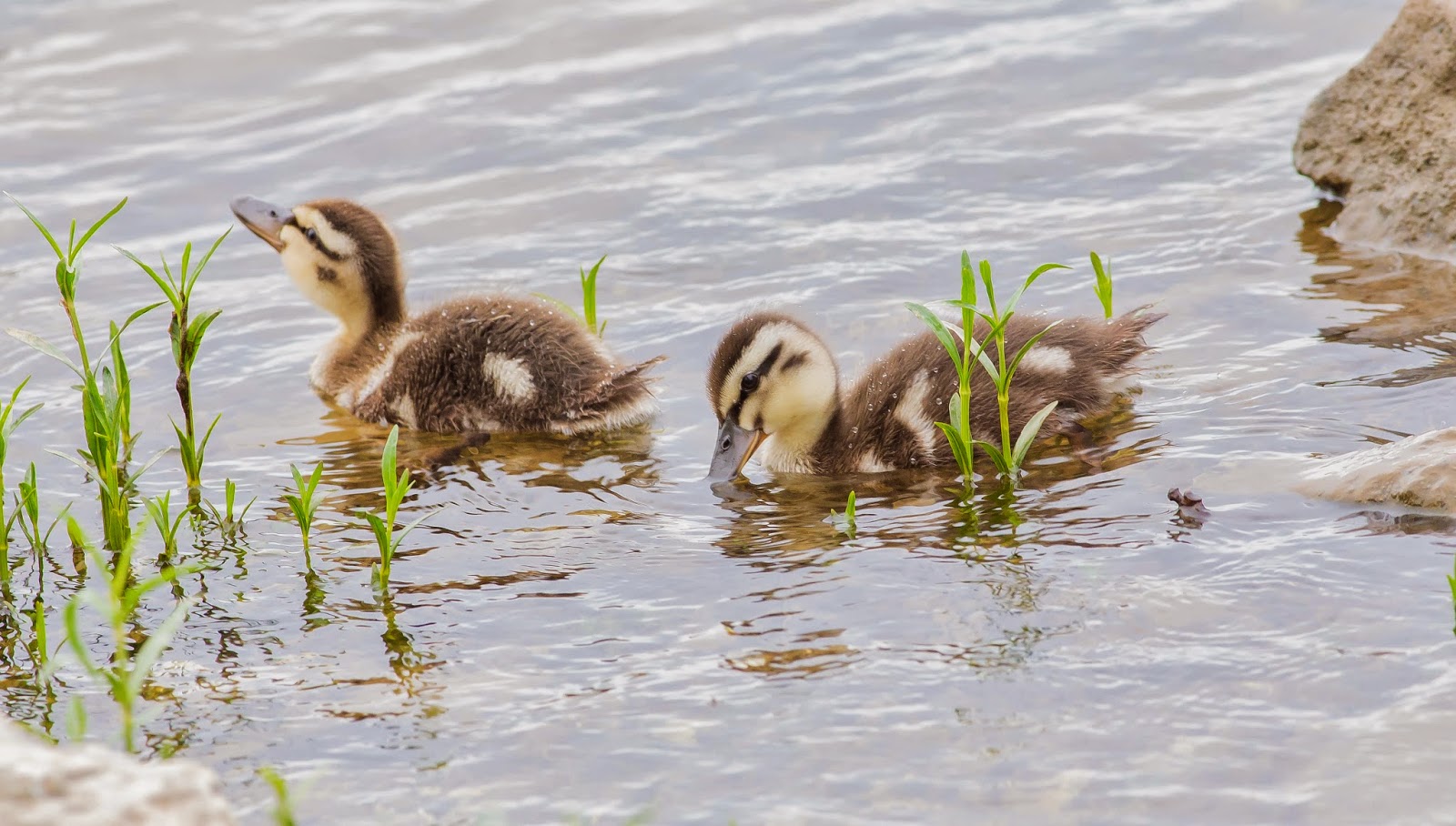 Posted by Unknown at 6:42 PM No comments:

Wow... just... wow. Migration this year has been incredible! I have seen so much in the past week, from Warblers to Cuckoos, to Nightjars, to Sparrows, to Flycatchers. Every morning, I find myself awake at 5:30 A.M. getting my oldest daughters off to school and heading out as the sun is rising to hike the local trails and migrant traps. I even saw a Connecticut Warbler, which is a pretty great find for Alabama!

But nothing more exciting than visiting Winfred Thomas Agricultural Research Station- the farm for Alabama A&M University. It's open to the public most days, and accessible for birding. I find it to be one of my favorite spots in northern Alabama. It's the place that gave me a surprise Smith's Longspur back at the end of February and another birder here a Northern Goshawk in early March. In summer, I go to watch and photograph the Grasshopper Sparrows and Dickcissels. And sometimes, you get to see the nesting pair of Scissor-tailed Flycatchers that come back year after year.

What I didn't know was that Bobolinks migrate through, stopping at the farm in large numbers. I absolutely adore these birds, and it's been almost a year since I last saw one. So, when I visited on the first... I was greeted to large flocks, appearing out of the grass left and right from my van as I slowly traveled down the dirt road. 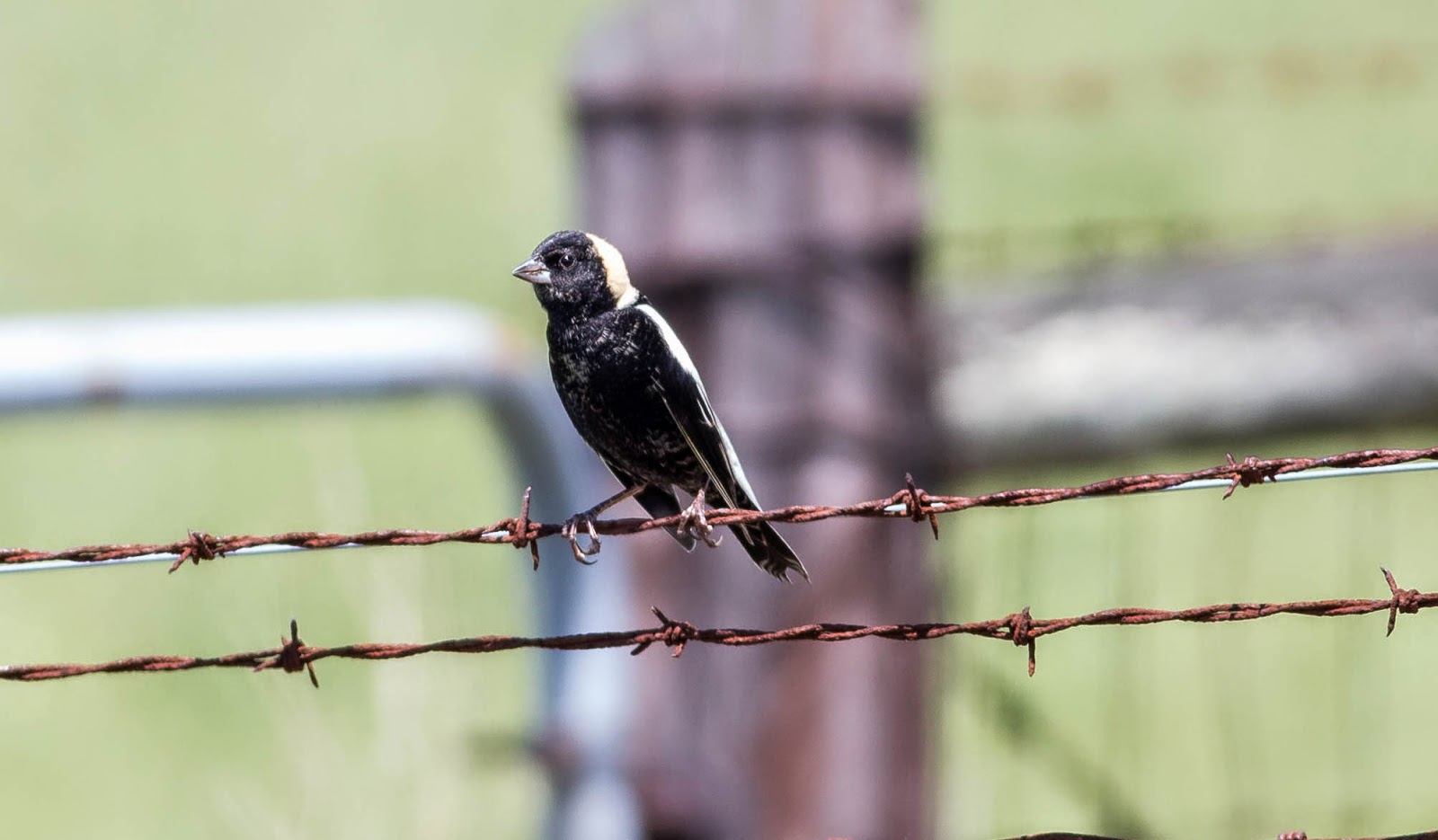 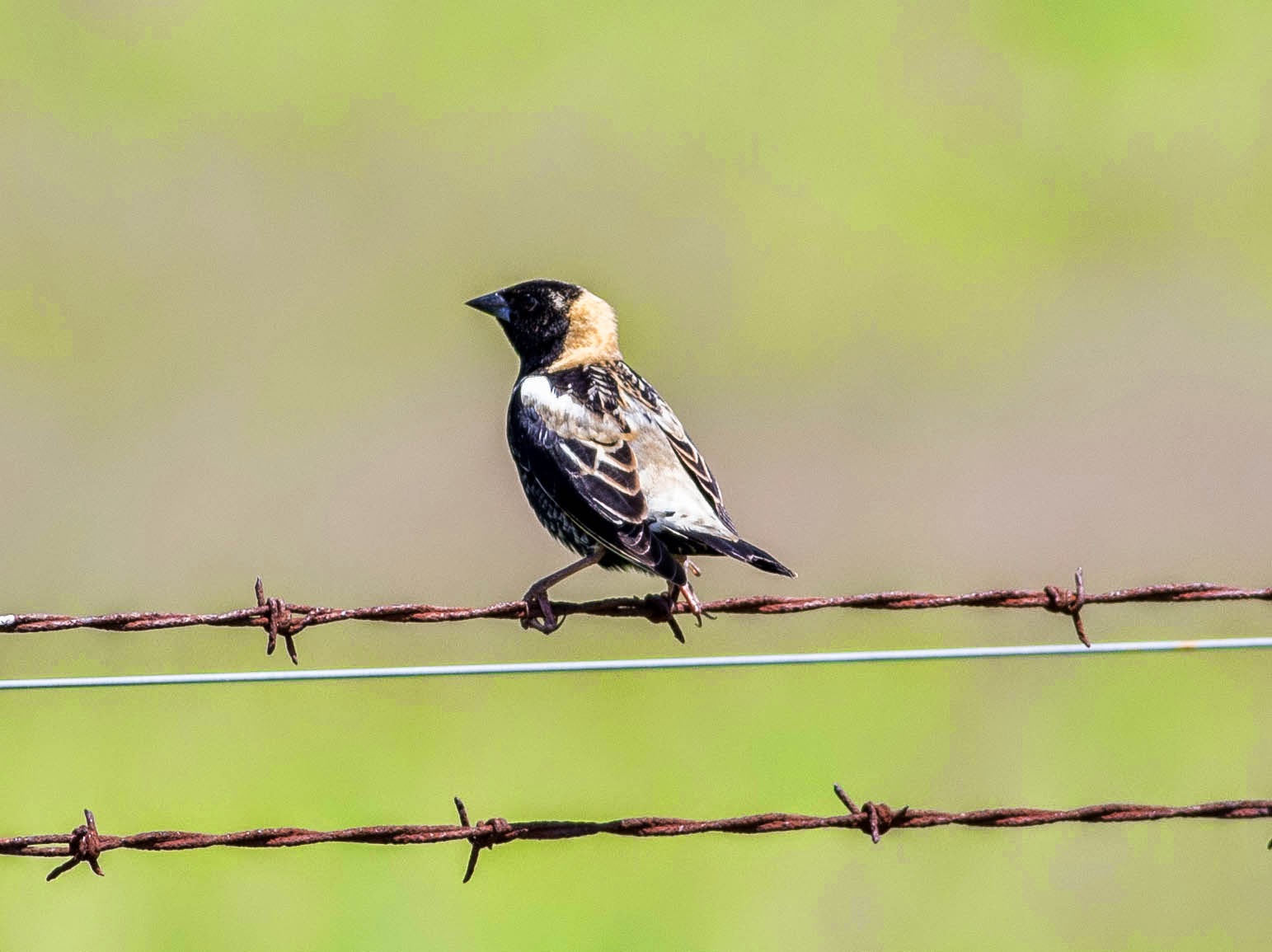 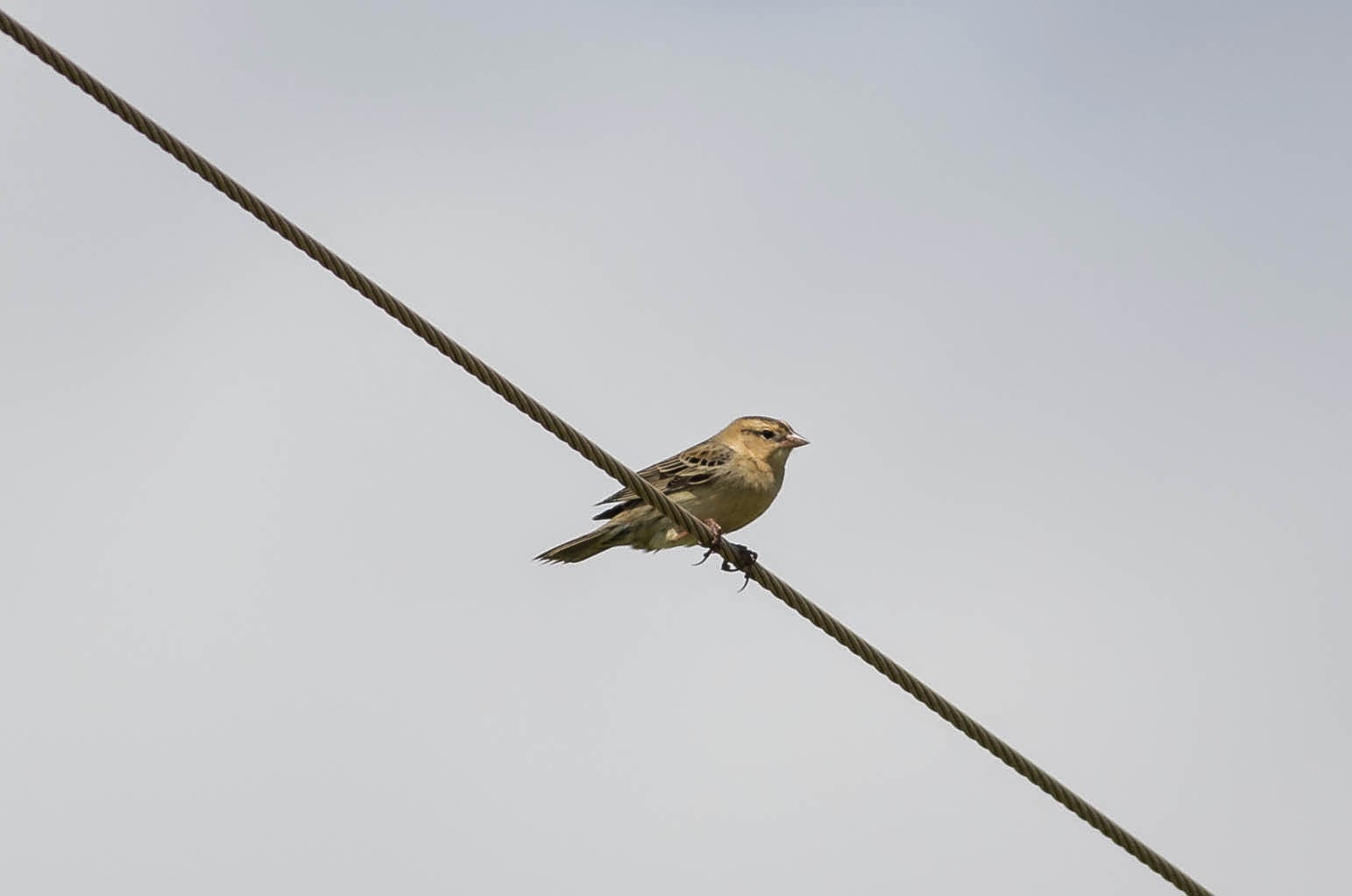 Amongst the Bobolinks, you could spot Dickcissels also. 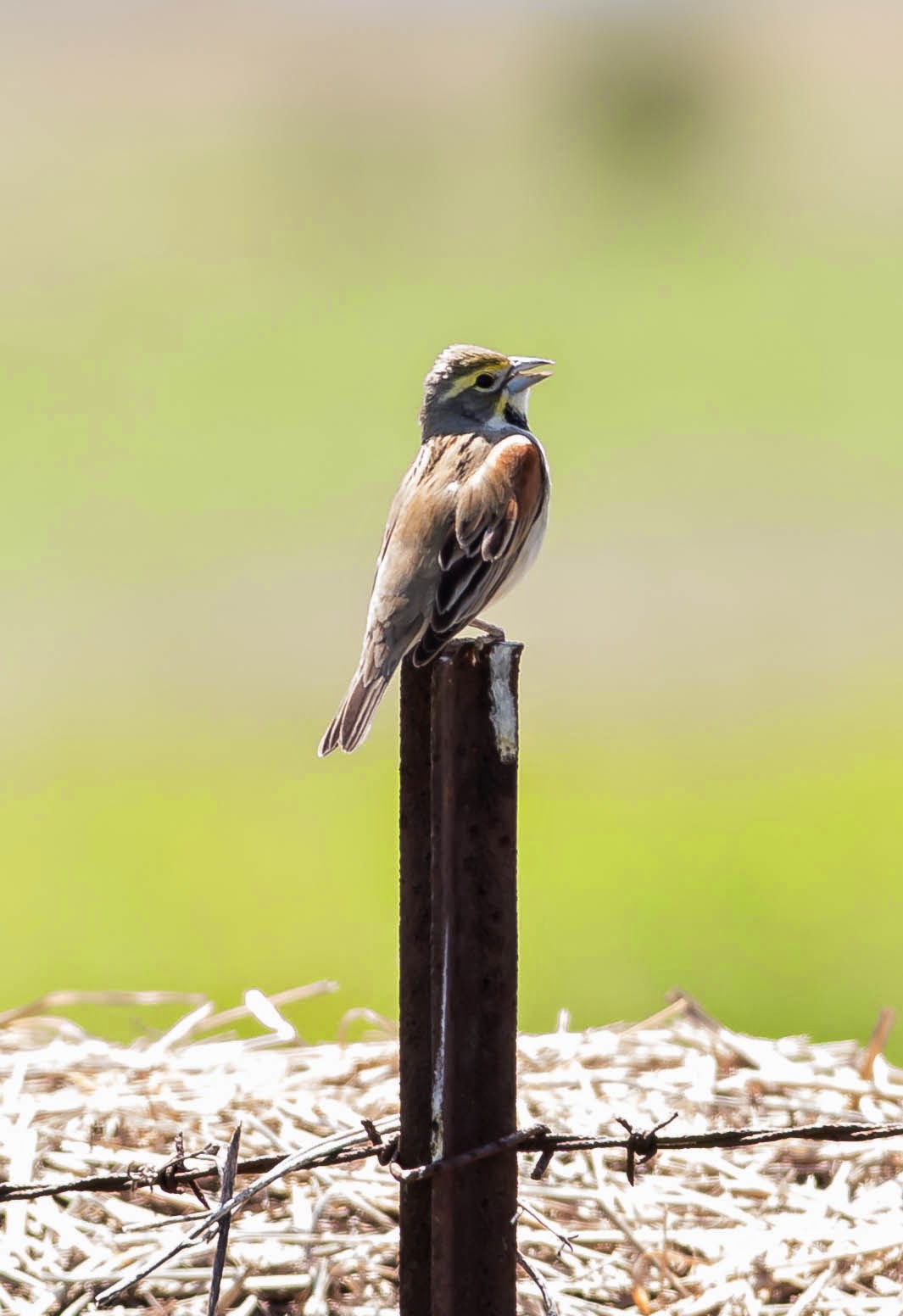 Barn Swallows were also there in decent numbers. 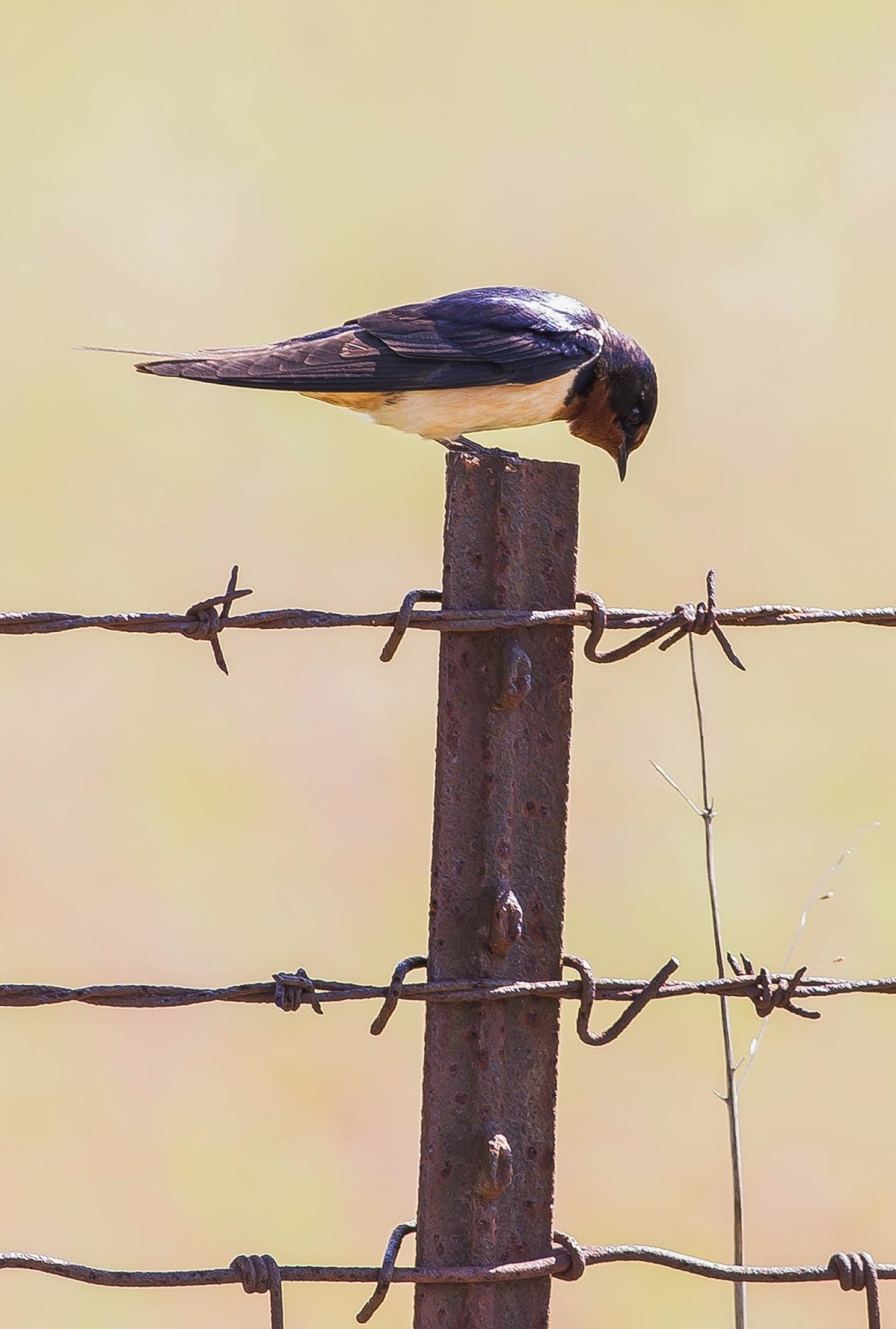 After spending a little over an hour birding, I got a nice surprise of this Scissor-tailed Flycatcher putting on a short show. 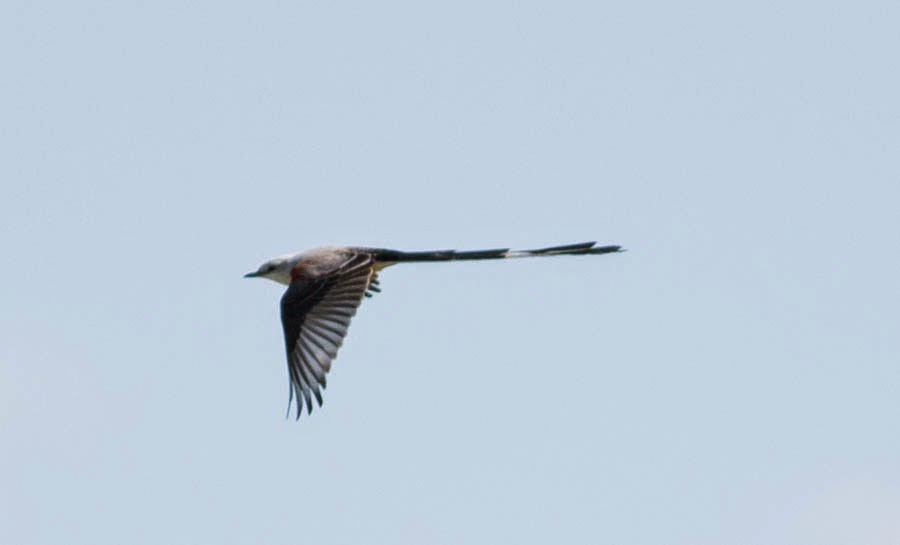 If you haven't been getting out- hurry up and do so. Migration radar tonight is exploding over Alabama. I expect some awesome birding tomorrow morning, and will be out getting my bird on.

Until next time- happy birding, y'all!

It's official: I am cancelling my Big Year.

Many reasons, but mostly, the repairs to the van have not been as easy and cheap as I had hoped. I didn't have a ton of money saved, since this was a Big Year "on a whim"... so the van repairs have eaten through the savings. Ever since the wreck in Minnesota, things are going wrong.

So, this week repairs are finishing up. New tires, brakes, rotors, axle work, wheel bearings, radiator, and hopefully the front end damage can also be repaired, though that's just cosmetic.

This does not mean that all birding trips are suspended. I still have plans to travel a little this year to bird. It's just no longer a Big Year. I plan on tackling a Big Year in 2015 instead, with about twenty thousand saved, and the ability to go to Alaska (maybe twice!). Next year- it will also be an official ABA Big Year.

That all being said- I will still be updating the blog with plenty of birding trip information- and possibly more! Thank you all for reading and following. I wouldn't keep this all up if it wasn't for you!